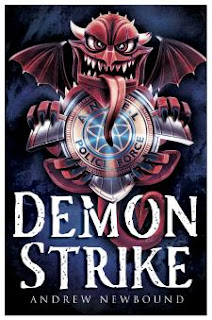 A friend of mine is lucky enough to be getting his first book published. Let me rephrase that right away; a friend of mine has expended the right amount of blood, sweat and tears, whilst supporting a full-scale family unit with 2.2, to be able to finally get his book published.
Fair play. This news came to me as I still sit on 16 chapters of a novel after four years. Nevertheless, I still consider myself lucky enough in these hard times to be starting on three major new product campaigns for a global brand with up to 3,000 staff at its UK headquarters.
Just before I went away with my own troop to Center Parcs, my friend asked what approach he could possibly take on the advertising and publicising of his new novel. I said that, whilst chasing red squirrels and a rare and sublime two minutes’ peace here and there, I’d have a think.
All that week amongst the stunning Cumbrian backdrop of Whinfell Forest it became blindingly obvious to me. To a man, to a woman, every single member of staff was exemplary in the execution of their work (and let’s face it, if we’re talking blood, sweat and tears here, putting up with 500 holidaying families week in, week out is real work). A couple of examples; despite my protestations, the missus ordered me to call the Service Centre after a mouse sighting in our living room – not for extra cheddar but to see what our eviction options were. In less than ten minutes a lovely lady was round with some humane traps for Ronny rodent and a bottle of red for red-faced yours truly. Nice touch. She also offered us a lodge upgrade to an executive number with a sauna and hot tub. Very tempting but with three rug rats under four, we naturally couldn’t be arsed moving. However, the good intention from Center Parcs was there. Hiring the obligatory bikes and Ben Hur-style chariot was a heart-warming experience too. The chap was more than happy to explain the nuts and bolts of it all and even gave us a good lower-option-for-the-sorry-troop-that-drags-its-heels-and-doesn’t-hire-‘til mid-week price. Now that’s more than fair enough.
And I tell you it was like this every day, everywhere we went throughout the 500acre oasis. I wouldn’t have been surprised to have been handed a free gin ’n’ tonic on my way down the Canyon Ride at the pool – if I’d have been able to remove my hands from my crotch, that is. Suffice to say that the good people of Center Parcs were almost Stepford Wives-ish in their customer service diligence.
The sardonic old bugger in me asked, “Why?”
The marketer in me answered, “Think about it. You’ve got 500 families in every week, each with an average of at least two people who can then pass on their experiences to fellow holiday budget holders. And that ready-made free advertising base has a weekly churn, 51 weeks of the year. From a brand point of view, times what’s going on in Cumbria by four other UK Center Parcs sites and it’s not to be sniffed at by any means.”
Cynical? Maybe. True? Definitely.


Trust will always be King
This notion was further reinforced whilst still on holiday when I received a weak signal dodging through the pines on my mobile. An ex MD wanted the low-down on a colleague I used to work with at another agency before he went to the effort of getting the guy in. After all why use email or snail mail when you can get a straightforward answer over the phone from someone you trust? You can grasp the honesty from the tone, pick out the truth from the very existence of the relationship. This never more true than on the very day an Actimel TV ad has been banned by the ASA for lying. Yup, they claimed it could prevent illness. In my book, that’s a bare-faced whopper that deserves to be scrapped for its sheer dishonesty. Danone have now gone down in my trust stakes and no doubt the estimations of thousands of others. I want to know the score straight from people who’ve not only experienced what I’m considering, but who are also prepared to put their reputations on something with a big, fat endorsement. Just as the old saying, ‘In the land of the blind, the one-eyed man is King’ goes, so too in marketing it should follow that, ‘In the land of the shark-infested overclaim, the warm and furry trust mouse will always win out.’

So what will I be advising my fledgling author pal regarding his approach to advertising? Exactly the same thing I’ll be saying to my client with 3,000 staff: before you go blowing your marketing budget on unsolicited ads in untested media, tell every last man, woman and child you know about your launch and get them to pass it on because there never has, and never will be any substitute for good old word of mouth.