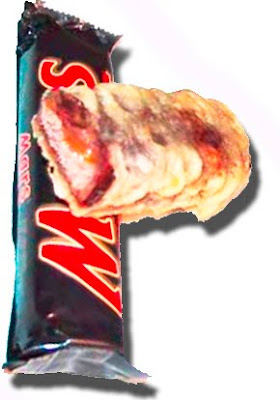 Getting Oor Wullie every Sunday. Neeps ‘n’ tatties. 20-a-side footbaw games. Hiding in the communal bins at the bottom of my granny and granda’s Tweed Street flat. My older cousin knocking hell out of me. Getting The Broons every day.

I’ve the fondest memories of sporadically growing up in Fife. I say sporadically because, as my mum, God rest her soul, was from Dunfermline and we lived in Leeds, I spent long but intermittent weeks skirmishing amongst family over the border. Surviving as a Sassenach sprog in Fife became second nature; the superb lilt of east coast Jockanese became my second language.

Which helped me out a good few years later as, having had one too many Tetley’s one night in a Leeds city centre tavern, I was press-ganged into joining Her Madge’s Royal Navy and found myself stationed on a big grey ship docked at Rosyth.

As it was compulsory in the then male-dominated navy to be a great big kid, I now have the pleasure of a second round of fondest memories of growing up again in Fife.

Healthy banter with the dockies. Unhealthy relations with the local ladies. The Gladyer Inn. McEwan’s beer that magically managed acceptability only after a gallon of the stuff. Lorenzo’s cattle market. Chip shop owners who battered Mars Bars and pizzas. Local lads who battered English lotharios.

But more importantly great people. People who took the shit weather on their chins and lairy louts like me to their hearts. People who cared enough about each other to say hello through the frost-bitten breeze.

Which is why this ad below for the region, very kindly brought to my attention by Claire, the lady that gies us the ad chat, cuts me to the quick. None of the great people are featured.

The grit of the community.

The soul of the place.

Missing, presumed conveniently shoved out of the way. Replaced by plastic.

Conspicuous by their absence. Which in turn makes me suspicious.

So many forced Hollywood grins instead of natural Holyrood smiles.

So much so, it becomes wallpaper.

In fact wallpaper’s too good. Instead it becomes cheap ‘n’ nasty woodchip – the chips being all those pearly white teeth – covering up the cracks. Covering up the real face of a place that deserves better treatment.

Ok this is an ad to attract people, to garner investment. So I’m not suggesting that Imran pops up, deep frying his cheesecake at the Shalimar on Queensferry Road. Or showing another pound shop closing down in Dumfs. I’m not even suggesting they’ve misinterpreted the ‘real spirit’ the teeth-grating jingle bangs on about because there isn’t a bottle of whisky in sight.

No. I’m merely saying that, because this ad is caked in so much gloss, ladled with so much cheese and battered with so much over-egging, it’s clogging up the arteries of reality. It’s become far too unhealthy.

They’ve sucked the very life out of Fife.